Tokyo, Japan - March 16, 2022 - KLab Inc., a leader in online mobile games, announced the one year anniversary of the "aoppella!?" project and a new collaboration with popular Japanese a cappella group The Gospellers on Friday, March 4, 2022. The first cover song "Hitori" premiered on the official YouTube channel and preorders began for the "aoppella!?" first album featuring songs written by The Gospellers.

In celebration of the 1st anniversary of the project, "aoppella!?" will collaborate with the famous group The Gospellers who are representatives of the Japanese a cappella world!

The hit song "Hitori" will be performed by a ten person group consisting of "aoppella!?" voice actors Ryota Osaka, Tetsuya Kakihara, Toshiyuki Toyonaga, Takuya Sato, and Daiki Hamano, and five members of The Gospellers. The music video has been released on the official YouTube channel so be sure to check it out! 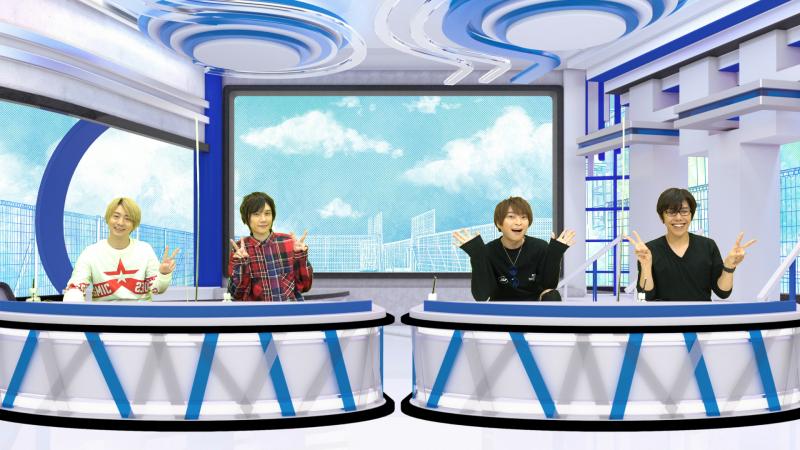 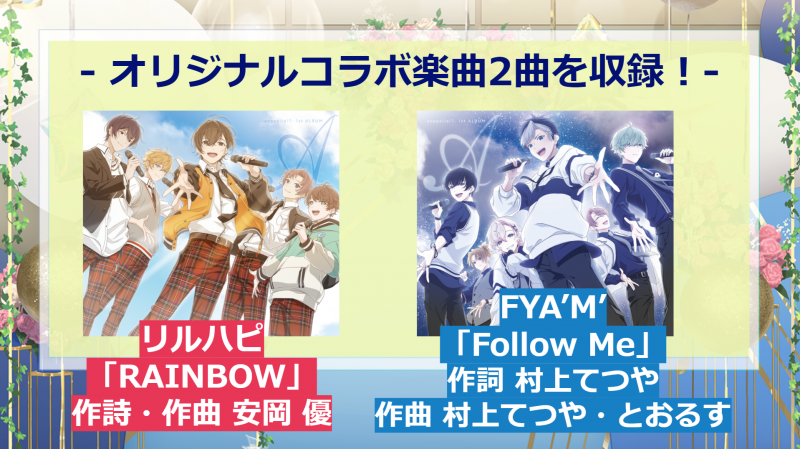 The Gospellers create new songs for both the "aoppella!?" a cappella groups Lil Happy and FYA'M'! Lil Happy's new song "RAINBOW" will be composed by Yutaka Yasuoka. This is Lil Happy's first ballad song and fans can look forward to hearing a different side of the group. The new song for FYA'M' will be "Follow Me" written by Tetsuya Murakami and composed by Tetsuya Murakami and TORUS. Fans can listen to the mature voices of FYA'M' in this song.

The release of the 1st album "A (Ace)" has been announced! The album will include 6 original songs currently released and 2 songs newly written by The Gospellers for a total of 9 songs. 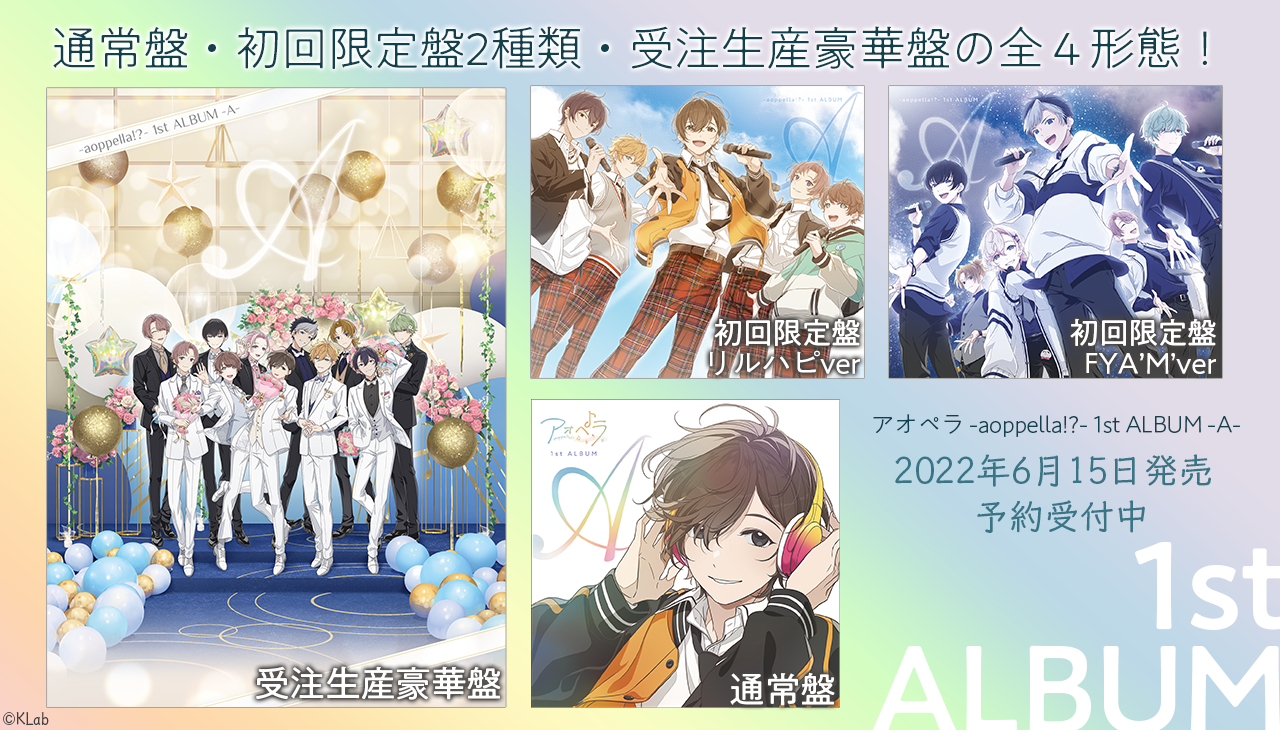 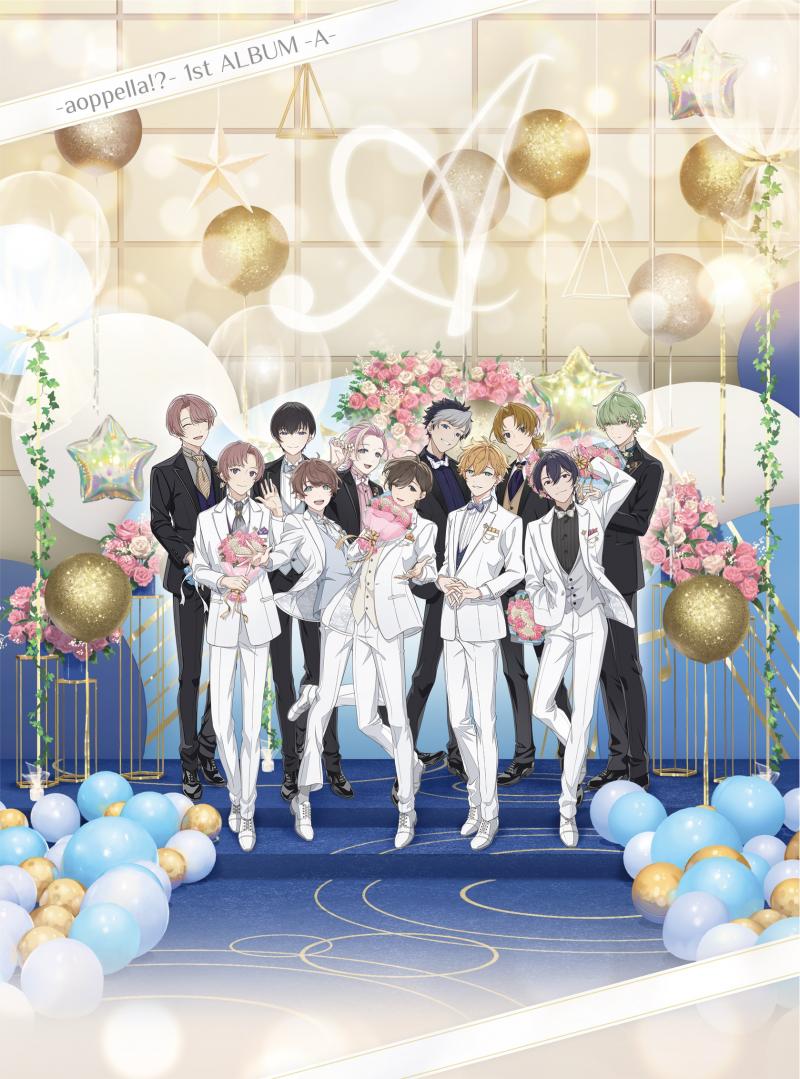 *One pack contains one photo for each member from a random assortment of all 44 types (22 of which are rare).
*The designs included in the pack of the made-to-order special edition can be obtained in the two limited edition versions and the regular edition.

"aoppella!?" is KLab's latest original multimedia music project built on the themes of "youth" and "a cappella"! 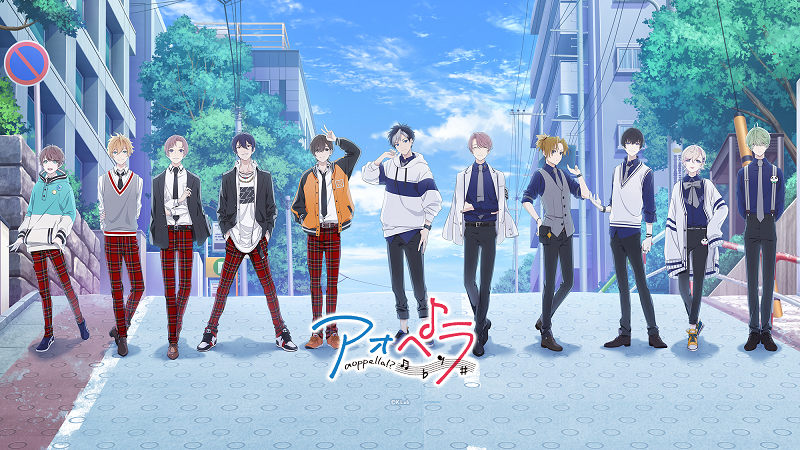 It was on that unforgettable day that the boys found themselves changed.
In front of them were ordinary high school students just like them. There were no flashy costumes or musical instruments.
But the moment they began to sing a surreal harmony filled the air and the crowd went wild.

High school students captivated by the art of a cappella aim for the top in the exclusive high school a cappella contest, "Aoppella".
They try to perfect their pitch as the show is about to begin!