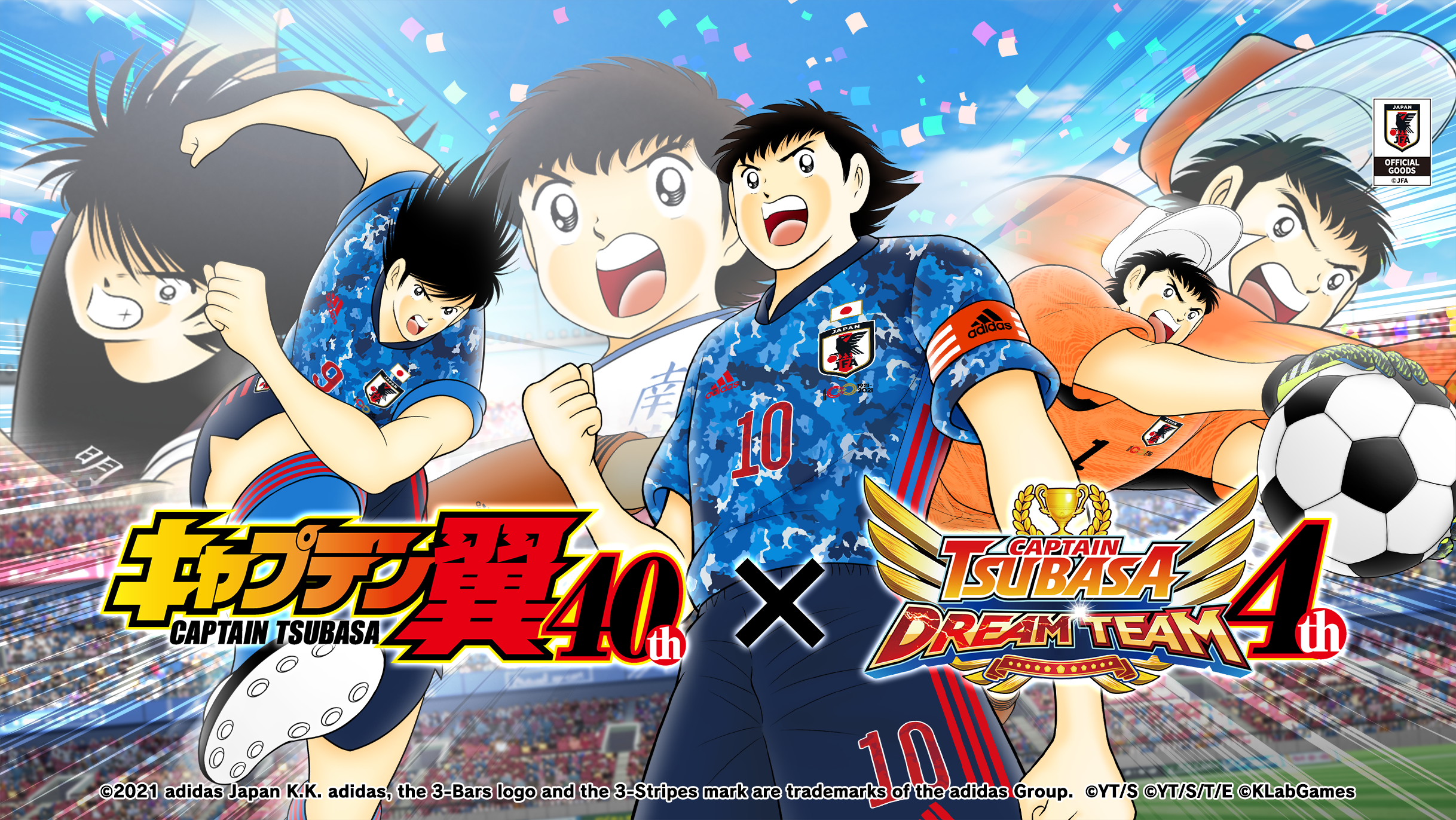 There will be various in-game campaigns including a login bonus where players can get up to 100 draws in a Step-Up Transfer and a 4th anniversary badge present.

All players will receive fantastic items simply by logging in during the event period. In addition, players will also receive "Captain Tsubasa" 40th x 4th Game Anniversary SSR Guaranteed Transfer Tickets according to the number of login days. Be sure to log in and get rewards!

By logging in to the game during the event period, players can get various items such as Dreamballs, SSR Black Balls, Dream Pot Transfer Tickets, and more. Be sure to log in and get all the items!

Log in during the event period and receive one "Captain Tsubasa" 40th x 4th Game Anniversary Big Thanks 10-Player Transfer Ticket every day for up to 10 days. The Transfer has 10 steps, so players can receive up to 100 draws. Be sure to log in every day to get all of the tickets!

New Players Wearing Official Uniforms from Around the World Debut!

Players from a total of 12 countries will appear in the game from Friday, June 4!

Players worldwide unite! This is your chance to get great rewards by completing missions in the game and on social media. Clear all missions to get Dreamballs, SR+ Transfer Tickets, and other fantastic rewards. All players will get the rewards for each mission completed.

The official website of Captain Tsubasa: Dream Team will be renewed on Friday, June 4. Updated contents will be gradually added to the site in the future. Be sure to check it out!