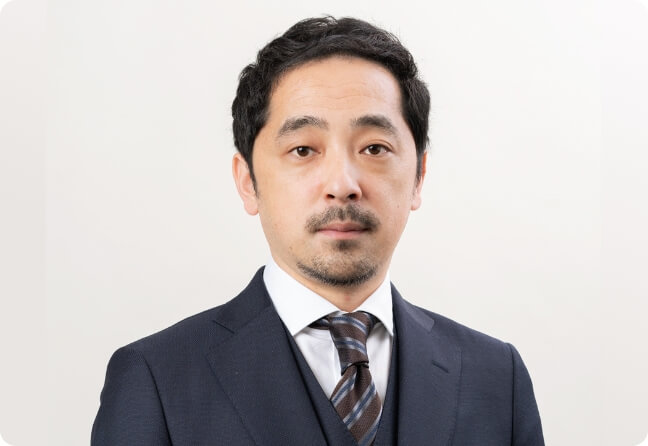 After graduating Hosei University's Faculty of Social Sciences, Morita entered the fields of web design and mobile content production, joining KLab (called "K Laboratory" at the time) in 2002. At KLab, Morita created a multitude of various mobile content, as well as oversaw its post-launch maintenance. The mastermind behind a slew of hits, he was promoted to a managerial role in 2007, eventually climbing up to branch manager in 2008. From 2009, Morita began supervising development of various social apps. In December of the same year, the subsidiary company KLabGames was born, specializing exclusively in social apps, of which Morita was appointed Director. In 2010, KLabGames merged with its parent company, resulting in Morita becoming a KLab executive officer, while retaining an executive role in the KLabGames branch. In November 2010, he was promoted to Director. He was promoted to Senior Managing Director and CGO in September 2012, and to Senior Managing Director and CCO in February 2018. In March 2019, he was appointed Representative Director, President and CEO.

While earning a master's degree at Keio University's Graduate School of Media and Governance, Igarashi freelanced at various major companies developing applications and overseeing network design. In 2000, he began work at Visionarts, Inc., designing system architecture for serving content to consumers, as well as handling project management. August 2003 saw his induction into KLab (then known as "K Laboratory"). Igarashi had long admired positions closer in distance to clients and end users, and he was put in charge of research and development, supervising various projects while building a comprehensive tool library. In June 2005, he was promoted to the role of Director. He was promoted to Senior Managing Director, Executive Vice President and COO in September 2012, and to Representative Director, Executive Vice President and COO in March 2018. One year later in March 2019 he was promoted to Representative Director, Vice Chairman. 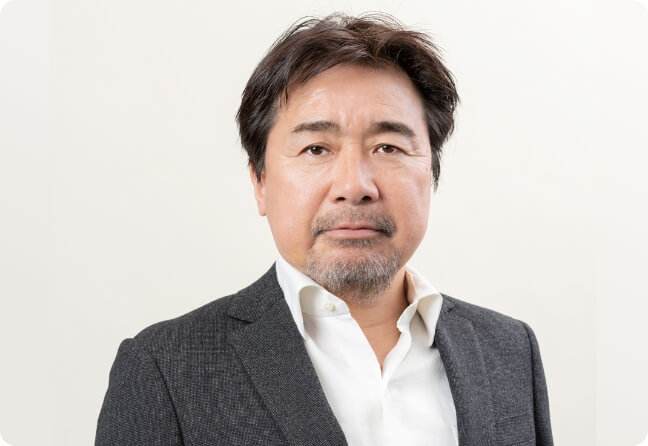 A restless entrepreneur, Tetsuya Sanada founded several companies across a variety of fields while still a college student at Kwansei Gakuin University. In 1989, he started up a content provider based on voice and fax using Dial Q2, a premium-rate telephone number service also touted as the predecessor of the popular i-mode mobile internet service. 1997 saw Sanada joining the company ACCESS, where he contributed to i-mode's initial design, in addition to browser development. In 1998, he created CYBIRD, a company focused on various mobile media, of which he was the Vice President and CTO. Come 2000, Sanada set up yet another company, this time to serve as a mobile software R&D branch for CYBIRD, known as KLab (called "K Laboratory" at the time). Sanada maintained the position of KLab CEO until he was promoted Director and Chairman in March 2019.

Takata joined Nihon Keiei K.K. after graduating university. While there, he engaged in management consulting work that covered various industries and business styles in both the public and private sectors. In his next career move, he joined Bering Point Inc. (currently part of PricewaterhouseCoopers). While there, he was a consultant that handled IFRS, J-SOX, BPR, and cost-cutting for large-scale banks and manufacturers. He joined KLab in 2010. He is part of the Management Planning Department, supervising management strategy, stock price release preparation, M&A, and equity finance. In April 2012, he was promoted to Head of Business Administration, and became an executive officer in September of the same year. He was appointed as a company director in March of 2014. He was promoted to Managing Director and CFO in March 2015, and to Senior Managing Director and CFO in March 2019. 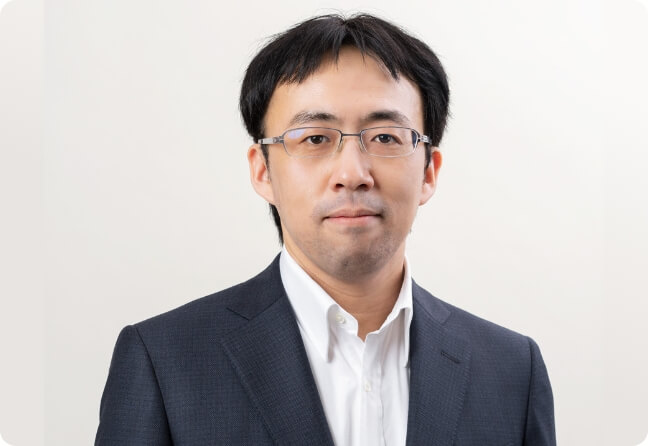 Yoshiki Nakane joined the Nippon Telegraph and Telephone Corporation (NTT) after graduating with a graduate degree in engineering from Kyoto University. At NTT, he worked to research and develop programmable logic devices. In 2005, he joined KLab, where he was in charge of developing a music download website for cell phones. In September 2007, he became the head of the Business Management Division, R&D department. He was appointed a KLab executive officer in September 2009. After holding positions such as Vice President of KLab Cyscorpions Inc. (currently CYSCORPIONS INC.) and head of the Studio Management, Quality Management, and Creative departments, he became a KLab senior executive officer in February 2018. In March 2019, he was appointed Director.

After graduating from Law School at Kyoto University, Shoji Inoue joined Sumitomo Bank (presently known as Sumitomo Mitsui Banking Corporation) in 1984. He registered with the Daiichi Tokyo Bar Association in 2000. Shoji joined Mercury General LPC & Partners in 2009, where he continues to practice law. In 2004, he was appointed as an outside director by the Longreach Group. He was named an outside company auditor at KLab Inc. in 2008, a position he still holds. Shoji has served as an external director and auditor for multiple companies throughout his career.

Tomosada Yoshikawa joined Tokyu Land Corporation after graduating from Kwansei Gakuin University in 1989. He earned his MBA from Babson College in the United States in 1999. Yoshikawa joined mobile internet business-based CYBIRD Co., Ltd. in 2000. He led the company’s efforts to get listed, helping the company to go public within the shortest time period in JASDAQ's history. He was promoted to Director of Finance in 2001, and subsequently began serving as Director and Vice President in 2004. As Chief of Operations for Cybird Investment Partners Inc. (a venture capital business), he helped found the company and raise funds, contributing to IPOs for 4 companies. Yoshikawa joined Taiko Pharmaceutical Co., Ltd. in 2007. As Chief Director of Finance, he led the company's efforts to go public, successfully leading the charge to get the company listed on the Second Section of the Tokyo Stock Exchange in 2009, and then the First Section in 2010. Yoshikawa was promoted to Senior Managing Director in 2013. Since December 2018, he has been the Director and CFO of SUS Co., Ltd. He is also currently a part-time lecturer and academic-industrial alliance fellow at the Graduate School of Medicine at Kyoto University.